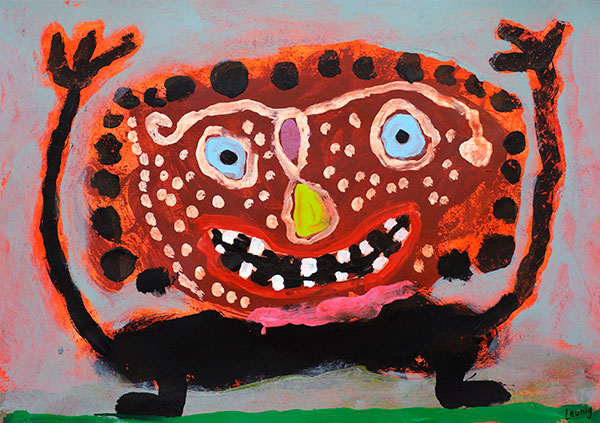 Madness of the masses

I arrived by train in Paris in 1981 on the day that the socialist Francois Mitterrand was elected President of France. I did not know about this election as I walked with my rucksack from Gare Du Nord; senses tingling at my first sight of the great city – and wondering why cars were dashing about with horns tooting and excited passengers leaning from windows waving red roses.

Later, at my hotel on the Left Bank, I became aware of the new political situation, and after dinner, I wandered to Place De Saint Michel nearby where a crowd was gathering to celebrate the Socialist victory. The mood was passionate and the wine was flowing. This famed place with its statue of Saint Michael slaying a demon had long been a meeting ground for students, bohemians, artists and political activists, and by the time darkness fell, the place was packed. There was much hugging and kissing in progress, interrupted only by the occasional besieged car trying to extricate itself at a snail’s pace from the roistering throng. The merrymakers thumped wildly on the rooftops of these few unfortunate cars as they crept forward trying to escape. As I watched, one alarmed driver, in obvious panic, increased the vehicle’s speed just a little too much, so forcing the crowd to part and make way. It was a bad mistake, and in an instant, the mood of the crowd swung horribly. A great dark animal howl went up in the night: such a chilling noise like I had never heard before; a massive primal roar from some dark distant corner of human evolution. All at once, the celebrating crowd became an ugly mob, and the night sky over Place De Saint Michel was suddenly raining missiles and bottles upon the car and the unfortunate human heads nearby. The demon in the statue had come to life.

I sheltered in a shop doorway on full alert and within minutes, riot police with shields and batons had appeared from out of the darkness and were advancing into the now chaotic mob. The speed with which all of this happened was both shocking and fascinating. The dream of my first night in Paris had come to an end and before my eyes the promise of socialism had been made a pathetic lie – by stupid passions, broken glass and the violent hands of human nature.

It seemed to me at the time that I had witnessed some sort of cultural madness that was uniquely European, or possibly French; a sudden expression of a collective psychosis that I had never seen before. I went back to my hotel where I lay on my bed feeling a little homesick as the enchantment of Paris evaporated out of me.

How does a crowd do this? How does a collective mood swing so suddenly? How does a jubilant gathering become a frightening mob in an instant and act with such uniform ferocity?

I imagine that in the darkness, someone throws the first bottle or gives voice to the first horrible howl.

This is the meme, the model, the behavioral emblem – the infection that spreads rapidly through a crowd, as each compulsively copies and condones other. It is in principle a sped-up version of how fashion works. It is memetics: a copycat process by which people affect each other and conform. This happens in language and behavior, in the world of ideas, politics, commerce, advertising and general cultural activity. Social media is choked with memes; it is festering with memetic contagion. Politicians of all varieties understand it intuitively and can manipulate their constituents accordingly. In spite of modern humanity’s proud and deluded sense of individuality (which is frequently just selfishness or freakishness) people like to imitate each other, both subtly and grossly, and thus societies can become creatively inbred – and moribund.

It is natural to form groups for all sorts of purposes, and collective action has been effective in the service of many healing causes throughout history. Yet there have been lynch mobs and tyrannical majorities as well, hell bent on persecution and hateful cruelty. Every crowd has an energy, an angel, a demon, a power and the dynamics of a mysterious collective psyche. An individual may have a conscience and integrity but a crowd has neither. Members of a group can hope they will keep each other in check – and this they mostly do. There can be decorum and decency in numbers but add a demon and there can be intoxication and an orgiastic thrill.
Whatever the aim or cause a group may have, be it about social justice, environmental protection, marriage equality or women’s rights etcetera, there is always the possibility of an aggressive darkness developing in the chemistry of togetherness. For better or for worse, humans will do things in a crowd that they would never do alone; more so in a social media crowd. A sly demon may quietly emerge, and soon the howl goes up and the metaphorical bottles start flying. Then the groups that yell loudest and mock smartest, who hurt deepest and proclaim most fashionably are the effective persuaders in the racy unstable world of memes, winners and populism.

In his poem 'Legacy' Goethe advises us to "Go join the smallest crowd". We might imagine that Goethe was talking about a crowd of one – indeed, the solitary self with its lone conscience in all its vulnerability and doubt – for in the same poem he also suggests that we "...now turn inwards... because the autonomous conscience is sun to your moral-day."

Perhaps a bottle thrower went home to bed from the Place De Saint Michel after that appalling night in 1981 and woke up alone with a hangover next morning. Perhaps the bottle thrower turned inwards, rose slowly and moved timidly to a window – and looking out over Paris under the sun of a moral day, thought "What got into me last night?"

What gets into us or comes over us is a question for every single one of us in this vast and troubled human herd.