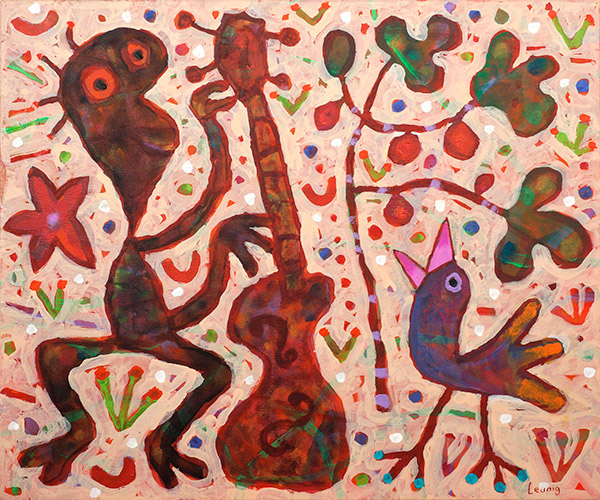 My childhood home and the schools I attended were near a migrant hostel and many of my friends were newcomers to this land. These children fascinated me and in spite of natural shyness, I wanted to befriend them. They seemed so alone, so exotic; their clothing, the lunches they brought to school, their unusual handsome faces, the strange accents and languages – they seemed to have a unique bearing or an unusual demeanour that impressed me. Perhaps dignity is strong when one has lost a lot and must make a vulnerable new beginning. Many of their parents had experienced the miseries of war, poverty and persecution.

These friends opened my mind and enriched my life  – partly because they were so different and also because they carried history and culture with them. They introduced me to their food and played me their music, they taught me  foreign language idioms, they took me into their homes to meet their fathers and mothers, who in faltering English, told me astonishing stories of war, flight and survival.

And there were those midnight feasts during the Russian Easter when these extraordinary new Australians embraced the young Aussie lad, filled his glass with vodka and sang their hearts and tears out until dawn. They were so unlike Australians. They valued things of which I knew nothing and I loved them for it. They made life more interesting.

Although these parents were in a peaceful and prosperous new land, the epic of survival was to go on in more interior ways as time went by and as the early suffering played out in emotional and psychological ways that sometimes tore them to pieces. They brought a lot of feeling into my country and into my life.

The longer I live in Australia, the less I know about its feelings and its values. There are so many values, a lot of them conflicting, many of them shallow and foolish. We pay lip service to fine civic principles but what Australians get up to when nobody's looking is another matter.

Forebears on both sides of my family who have lived in this land for many generations gathered precious little about this subject and had nothing useful to pass down that would help me – except that my grandmother once told me that all the world is mad.

And as for the alleged Australian character, I have forgotten what it's supposed to be. Certainly, I had simplistic childhood notions that came from the cheery patriotic brainwashing that all kids received back then. As far as I have seen during a longish life in my native land, some people have quite a lovely character, while others are impossible – and most people are somewhere in between, struggling to understand life and make it work.

Who can take seriously what a nation proclaims about the values of its people? It's how a country and its citizens behave at the grassroots that matters. Governments occasionally go sort of cowpoke and want to muster and brand the human herd, dragging the concepts of values and character out of storage – usually to gain some sentimental leverage for a dubious purpose.

Yet again, politicians are suggesting that newcomers should be taught Australian values and be tested on the subject to gain citizenship. This sounds a bit like dog obedience class to me. I suggest that Australian law is the best guide to Australian values.  Do newcomers really have to sit for a conformity test; a banality exam, an average bloke assessment? What does it matter if a Sudanese refugee does not know Don Bradman's highest score? I don't, and nor do I remember the words of our bizarre national anthem. Perhaps I should be deported.

The other solution to the so-called problem is to just be patient and kind with newcomers, in the knowledge that affection for one's land, and meaningful connection to it, takes a lot of time to develop, if at all. Australianism really can't be taught, and if it can, it will be faked for something like a citizenship test – or a political career.

The land with its human and non-human creatures is the great teacher, not the bureaucrat; the land has its unique pulse and power, a peculiar spirit that cannot be quantified. That spirit of country has been fundamental to the Indigenous people, and is also seen in the ideas of great Western thinkers such as Carl Jung, who believed that each land mass has a unique mysterious energy or spirit that in time affects the temperament of those who live there.

I was once told by a senior Chinese theologian that he enjoyed his extended academic visits to Australia because the country had an immense spiritual feeling which, although not obvious, was palpable and had an observable effect on the people here.

It was often said that there is a distinctive Australian sense of humour, and if this is true, I suggest that it's not just the influence of our convict forbears as is often thought. My travels in remote Indigenous communities have left me with the impression that some ethereal yet enduring quality has passed across from Aboriginal consciousness into white sensibility; just enough to matter, particularly during the formative years of European settlement; an irresistible socio-spiritual infection if you like; a demeanour, a way, a charisma – the sort of thing that would enter into the collective unconscious of an emerging society. It can be quite a humbling enchantment, and I have certainly experienced this myself.

There was much historically unrecorded interface between white bird trappers, gold prospectors and various mavericks who made their way inland and needed friendly relations with the Aboriginal people to understand country, find water and learn the skills of survival. This was where the spiritual osmosis may have occurred. The large official exploration parties mostly insulated themselves from the influence of this intimate practical contact and thus it could not be understood or properly written into the Australian story. Humour is where shared, elusive understanding often resides.

An old friend from school days who worked with refugees in Melbourne's western suburbs told me that he particularly enjoyed the humour of these people. "It's just like the working-class humour we used to have when we were young," he said gleefully. Sometimes the challenging newcomer reminds us of what we have lost and what we might be.

Stasis, conformity and standardisation are no great accomplishments for a culture; bearing each other's lawful differences and appreciating human uniqueness are truly life-giving achievements. Let them bring their values; we might be nourished. We are a work in progress.