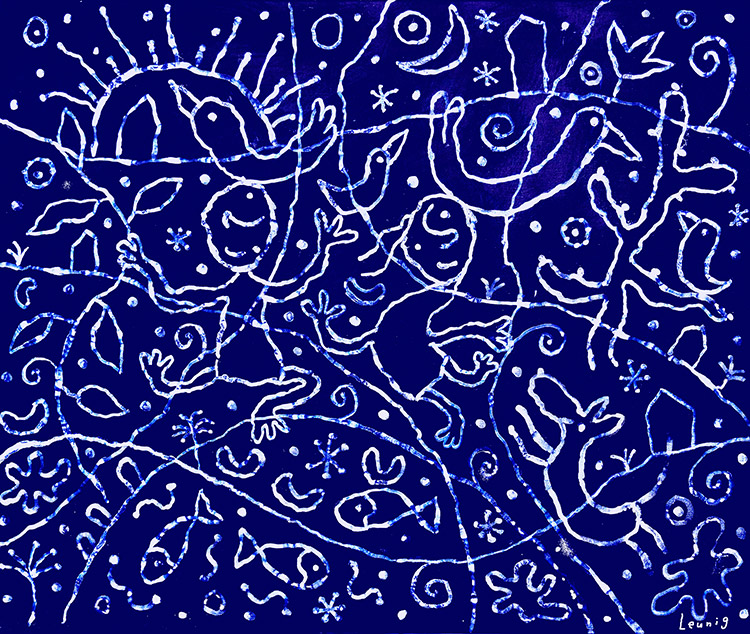 How about an International Day of Men and Women Who Dance Together?

Waking early, I switched on the radio beside my bed to find that the usual male voice had been replaced by a woman presenter who was announcing that it was International Women’s Day, and only music by female composers would be played. I was needing some JS Bach to set me up for the formidable day of work ahead and must confess a little disappointment to realise that Bach had been excluded, along with Mozart, Vivaldi and many more. But what the heck, I snuggled on my pillow in a foetal position and pondered the notion of female music as the programme proceeded with gusto.

I had always imagined music to be a spiritual thing; essentially beyond gender and time - and indeed, my fortunate experience of working with musicians; with bands and choirs and orchestras was, in musical terms, remarkably and wonderfully free of gender consciousness. All that ultimately mattered was the music and the soulfulness therein.  A violin is surely genderless, as is middle C and the chord of A minor.

Before long, the women’s radio programme had confirmed to me that women were equal to men in composing classical music that is sublime and beautiful, and also exactly like men in creating music that is overwrought, irritating and quite possibly neurotic.

All the famous days of observance, particularly the National day or the war memorial days, can too easily become souped up and overloaded with hyperbole, group hubris and tribal narcissism. It’s all about us and how amazing and wonderful we are. To celebrate is healthy, but all too quickly it often degenerates into the indignity of boosterism and crude self congratulation. It all begins to sound ungracious and implausible. Modesty is the best policy.

As Women’s day progressed there was a certain spiritual fatigue that came with being exposed to so much unhelpful idealisation of women and the subtle feminist implication between the lines that males have had it too good for too long, and are made of sticks and snails and puppy dogs tails – and much worse. For men who grew up in forceful matriarchal environments where mother wore the pants, there was cause for reflection. So too for men who had suffered under patriarchal systems, had been damaged by male violence, conscripted into wars, enslaved by debt and broken, in a brutal economic system of factories, mines and mean little offices as they worked to sustain their families. Add to this the unfortunate men who have been harassed, shamed, taunted, vilified, deceived, scapegoated and psychologically bullied in relationships with women. It happens.

You don’t have to be a misogynist to understand that women can be every bit as cruel, malicious and unfair as men. The seven deadly sins are genderless. In the realms of dishonesty, conceit, greed, envy and destructive hatred, men and women have achieved great equality.

The fact is, that regardless of gender, we are humans, and as humans we fail and are failed – and most shocking of all, we are creatures with primal impulses, archaic instincts and wild peculiar ways. Oh my God.

Away from the airwaves and on the ground, where men and women marry (or not) and work and struggle in the mess of ordinary life, where they depend on each other and clash and try to love and forgive one another - where they breed and age and suffer and die, there is a more complex and sympathetic understanding of gender that does not fit neatly into a theory, ideology or celebration. The more puritanical and divisive end of feminism that proclaims too easily how things should be, is not so inspiring out there at the desperate frontier and in the lifeboats where people are trying to make their relationships work.

It can be a difficult clumsy dance between men and women. Toes get stood on and crockery gets broken. There are abusive words, and frustrated jostling can occur in moments of breakdown and stress - particularly in the unforeseen confines of marriage. Men and women both contribute to it. All sorrowful and regrettable; all pitiful and forlorn, but not to be mistaken for malicious domestic violence which is a different and more serious matter, but rather, a painful emotional failure between two souls, requiring forgiveness and the healing influence of the contrite heart. Couples mostly do not talk about these difficult embarrassing moments in public, and stern ignorant lectures from puritan fundamentalists about matters which essentially are unfortunate, painful and messy lapses of decorum in marriage, serve mostly to bring more repressive shame to the floundering human condition.

Feminism has been a fruitful and stimulating revolution, but like most revolutions, much truth can be repressed and innocent people get hurt. There are not many anthems about compassion or forgiveness. Drunk on power and ideology, the zealous commissars trash the wisdom of the ages, overstep the mark and the revolution turns in on itself as the noble movement fractures and divides. Fighting, denunciation and punishment become preferable to healing or creating, because the angry path seems easier, more energising and very intoxicating. At this point, the revolution must go through and survive the long illness of corrupted purpose and loss of spiritual integrity. This is where the movement must truthfully examine itself.

The world seethes with hostility. The earth is ravaged by conflict. Media thrives on acrimony, anger and fighting. To incite animosity between men and women is madness. Don’t divide or separate them. Let them make music together. Let them dance with each other as they have always done. Let them work it out together and make their mistakes.

Let young girls be glad of who they are, let boys grow up without too many berating, guilt-making voices telling them they are advantaged by inherited male privilege. They are in enough trouble as it is. Life is the great privilege and increasing numbers of the young feel it is not worth living. Let them have their lives; their time to develop and mature without shame or a deluded sense of entitlement.