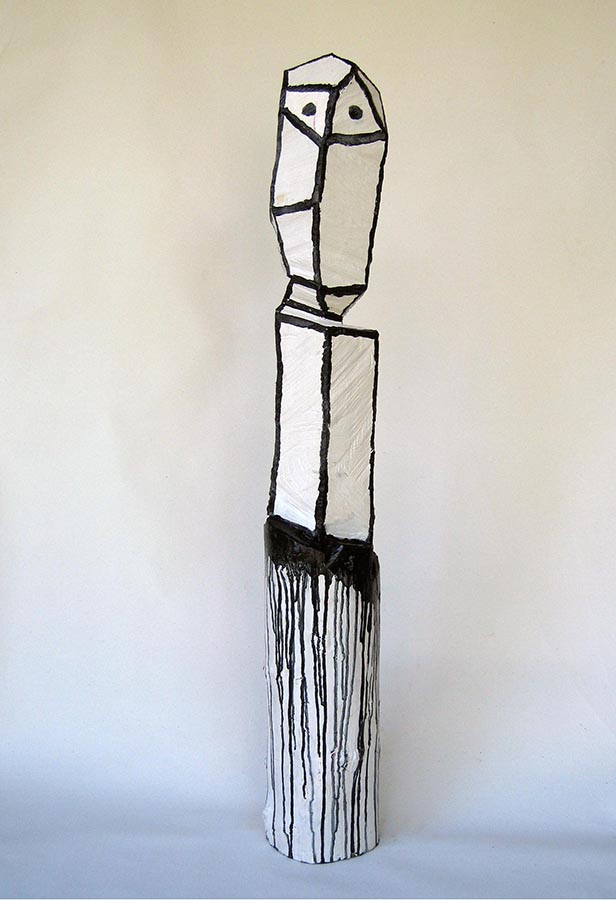 THE RETURN OF THE SPIRIT

Several years ago I got into some strife with indigenous women’s business.

I was staying at Lockhart River, a remote indigenous community on the northern coast of the Cape York Peninsula, where I had been invited with my family to help out in the art centre.

Indigenous art centres produce fabulous paintings and can be places where senior women in particular may gather and paint; finding respite amidst cups of tea and consoling company - usually in long loose floral dresses, with bare feet and silver hair. These women were respectfully known around the Lockhart art centre as “the old girls” and for me they were wonderful, lively intelligent company. The old girls spoke amongst themselves of how the salmon were biting at the beach, or the sorrow of a recent suicide - they discussed paint colours, children, relatives and private business. They were funny and serious.

Lockhart was surrounded by wild country, with sharks, crocodiles and snakes in abundance, and in every shadow of the rainforest an awu (ah-woo) was waiting to cause misery or mischief to anyone who strayed there. An awu is the name of a spirit which lurks and flits invisibly in large numbers amongst the palm cockatoos and large butterflies around Lockhart River. They account for all sorts of accidents, misfortunes and mysterious moments.

A mysterious moment began one morning when I went deep into the forest looking for a piece of timber which I could carve into a sculpture. I came upon a tree that had fallen over a track and cut a nice length of wood that I transported back to the art centre where I immediately set to work on it with a chainsaw.

Before long I became aware of being surrounded by a group of old girls who were keenly interested in my emerging artwork. They seemed concerned and amused. Some of them were laughing and muttering to each other. Some looked worried.

“What is it, Maureen? What is so interesting?”

“You gonna have all the men chasing you.” she said. “They gonna kiss you and love you. You won’t be able to stop ‘em.”

I was a little bewildered until it was explained that this piece of wood I was carving had come from a special women’s tree that a man should never cut. I noticed that the sawdust in which I was now covered had a very strong and delicious fragrance, not unlike the scent of frangipani flowers. I smelt beautiful - so lovely in fact that according to the old girls, no man would be able to contain his desire for me; such were the magical aphrodisiac powers of this wild smell. It was women’s courtship magic - and unwittingly I had seriously transgressed by cutting the tree. Yet it seemed that the hilarity of the situation was what mattered most to the old girls; the white fella had done a wrong and ridiculous thing and it amused them.

Ah, to be forgiven for transgression and fallibility. And oh the dismay of being back in the meanness and punishing hardness of an urban culture hell bent on demanding apology rather than offering forgiveness - or so the media would portray it. Animosity and moral blood sport: a new journalistic round; the hostile sanctimonious reportage directed at cleaning up or suppressing the world of inappropriate gender comment, homophobic attitudes, leftish sensibility, outdated sentiments etcetera. From all regions of the socio-political spectrum comes tirade and ticking off, correcting and calling out; a somewhat sadistic bourgeois outrage. No understanding any time. Much of it is what used to be called ‘shitty liver’ and it’s very effective click bait.  Television programmes and news services hone in on the irksome spectacle of hostility and fervent righteousness as the angry and the offended tear strips off each other about everything under the sun - much of it fatuous nonsense. It’s cheaper than hiring real journalists. Somebody said an inappropriate thing; oh dear, call the cops and send in a news helicopter. The public look on in dismay and button their lips lest they say the wrong thing.

Is this cultural or intellectual life? I imagine that without ‘inappropriate’ there would be no art, no philosophy, no invention and no humour. We need boundaries but paradoxically we need the inspired inappropriate impulse to cross-pollinate improbable pairings which may indeed produce that which is ultimately redeeming. And we need to allow for innocent misjudgements. The burgeoning number of freelance amateur cultural supervisors, with their vision dulled by moral constriction, can never be expected to understand this.

The eternal wrangling between ordinary men and women is the location for much of this modern indignation, hurt and failure. What is being argued about is often more a sorrowful tragedy than it is a crime. Most of us know it. Forgive us our trespasses as we forgive those who trespass against us. There are more things in heaven and earth than are dreamed of in your philosophy. There but for the grace of God go you and I.  When you point the finger there are three fingers on your own hand pointing back at you. Etcetera.

Stern culture wardens, clean up and control the world as best you can, but there’s a sense that it is not exactly all down to us humans; that there might be the odd mysterious awu at work or at play in human affairs. There may be for instance the eternal mysteries of love and hate - of spirit, grace and forgiveness. The mystery of women. The mystery of men.

A lovely thing happened to me very recently. A surprise. An Omen. Out of the blue I received a message from far north Queensland, informing me that my sculpture from all those years ago had been located in a storage container and could be sent to me if I provided an address. Soon enough a large heavy carton arrived on the doorstep and there was my sculpture; my ‘Spirit’ - radiating visions from Lockhart River: the astonishing wild country there, the realness and rawness of the community, the fresh paintings and the glorious old girls in all their forgiving spirit. Indeed, the spirit has returned.